The Fairy Tale of the Black Swan of 2020

The Fairy Tale of the Black Swan of 2020 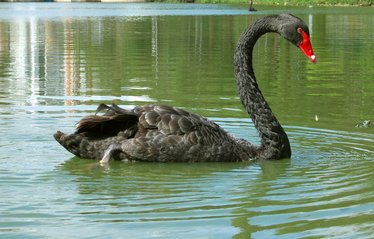 Some people have named the Black Swan of 2020, Covid19. However, if we closely consider what a black swan is, it is clear that this outbreak cannot be given this label.

This is No Fairy Tale

A black swan event is a term that was coined to represent a rare event that is not expected, not predictable and catastrophic. It is not really foreseen as possible or likely. So, there is no way to be prepared for the crisis beforehand.

The Covid 19 pandemic is a nightmare of epic proportions. However, it is absolutely not a black swan. The fact that some are describing it as such is a cause for concern.

The Sky is Going to Fall!

We have feared and expected a worldwide pandemic caused by a virus for decades. The warnings have been declared loudly for a long time. Here are just a few:

Harvard University epidemiology professor Marc Lipsitch, director of Harvard’s Center for Communicable Disease said: “This was foreseeable and foreseen weeks and months ago..”

In 2017, the Director of Office of the US Agency for International Development’s Office of US Foreign Disaster Assistance, Jeremy Konyndyk, who served under President Obama declared in Politico;  “A major new global health crisis is a question of when not if”.

It is pretty clear that we are not victims of a sneak attack by an unexpected event. So we need to ask, why aren’t we better prepared?

Anyone who would classify the new virus outbreak as a black swan event has had their head in the sand too long!

Perhaps calling the situation a black swan is a convenient excuse for ignoring dozens of warnings. Warnings that would’ve saved lives.

The Wolf is Real!

We were warned. The wolf has come. The danger was real and it s now ripping our country apart because we weren’t prepared.  Now, we have mass panic.

Instead, we could have been prepared with:

Testing –Early testing would have provided us the useful and necessary information. Testing supplies have been in short supply  Other countries quickly began testing for this infection. It seems that testing is key to containment.  Why aren’t we stocked up with the chemicals needed to perform the testing? It couldn’t have been that complicated to keep these things prepared.

Supplies-The insane shortages of personal protective equipment for medical providers and patients are sickening. Gloves & masks are getting impossible to get and are needed to help prevent the spreading of this vicious sickness. There aren’t enough ventilators! What reasonable explanation is there for that when we have had years to prepare?!

Toilet paper-When rumors of this “deadly disease” began circulating, panic took over our country. Rational people went completely berserk! It didn’t take long for store shelves to empty and for neighbors to begin fighting their neighbors for toilet paper of all things! Toilet paper..? People!? Really?

OK, I’ll admit, stocking up on toilet paper is maybe not necessary. However, the panic that has ensued over it as of late might make you think otherwise!

The good news is that the need for testing, masks, sanitizers and such will settle a bit in time. These are needs that could have and should have been predicted and expected. Therefore, by definition, not a black swan. But perhaps a wolf.

The real black swan of 2020 is the economic fall out we are facing.

The aftershocks of this Coronavirus will rip through our economy for months and maybe years to come.

Regardless of our enormous toilet paper stocks, things are going to be ugly for a while.

She has made her home in our midst and plans to stay a while. So we should name her. Let’s call her Recession.